B. Guy Peters: The Primary Season in American Politics 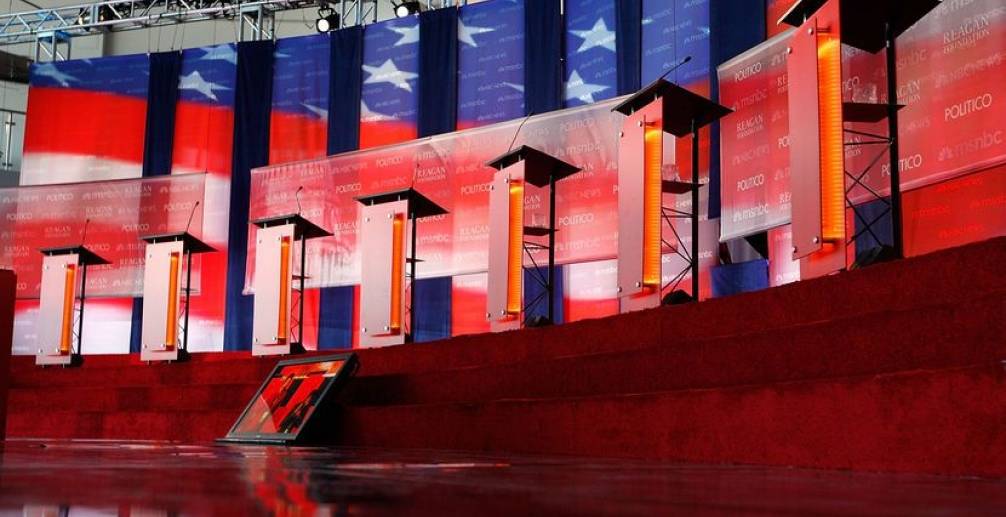 Viewed from afar the American presidential elections, and perhaps especially the process of delegate selection through primaries, may appear rather bizarre. Viewed from close-up it is no less bizarre. We are now (just after the Iowa caucuses) nine months from the election of the president but already millions of dollars are being spent in campaigns and countless hours of political authority are going out on television.

The primary elections began in the late 19th century as a means of lessening the power of the party leadership and allowing the voters in each party to select their own candidates. Without this democratic mechanism, we would probably already know that Hilary Clinton would be facing Jeb Bush in the November general election. But with the primaries it is quite possible for another candidate–for example Barack Obama in 2008–to break through the establishment and get the nomination.

While the idea of primary elections does open the political process more to the average voter has certain democratic virtues, it also has some rather perverse effects. The most obvious is the influence it gives to states such as Iowa and New Hampshire that have early primaries. Neither of these states is at all representative of the United States–much smaller non-white populations, more rural, and in Iowa having a much larger share of evangelical Christians–but their role in defining the races has been significant. This is true even though together they elect about one percent of the total number of delegates at the national nominating conventions in the summer. After these two states we move on to South Carolina and soon thereafter a number of other Southern states that have significant numbers of African-American and Hispanic voters, but which are more conservative than the country as a whole. Only in April and May do we get to the larger industrial states.

The other perverse effect of the primary system is that it emphasizes the importance of money in American elections. Although the party primary was designed to enhance democracy what is may actually enhance is plutocracy, and the need of candidates to please large donors who can put in the money for television advertisements ($200 million in Iowa alone) and the staff to manage the campaigns. The major exception to that generalization would be Sen. Bernie Sanders whose campaign has been fueled by thousands of smaller donors giving an average of less than $28.00.

In the current political climate a third perverse effect of the primary system is that it can exaggerate the influence and prospects of outsiders to the political process–rather obviously Donald Trump and Ben Carson. These two political neophytes have substantial appeal in a climate of anger and disappointment with the current political class, but at the same time their appeals to those concerns about the existing political class may do little to actually address essential economic and social problems.

The Iowa Caucuses and the Path Ahead

The results of the Iowa caucuses have helped to winnow the field of candidates somewhat–at least three Republicans and one Democrat have now left the race. But these results also seem to auger a long campaign within both parties. Donald Trump was not able to sweep the state as he had hoped, and he was expected to do, and Ted Cruz found unexpectedly strong support. The Trump failure was perhaps less surprising, given that he depended, and will continue to depend, on outsiders who have not voted often, if ever, before. That said, Bernie Sanders depended on young voters who generally are very difficult to turn out, and he did better than expected.

The New Hampshire primary will probably alter the nature of the race very little. Donald Trump appears set to win this election, while Sen. Cruz’s evangelical base is much less relevant in the more secular New England. Marco Rubio may do well but other establishment Republican candidates such as Chris Christie may perform better with a more establishment Republican electorate. Bernie Sanders will almost certainly win on the Democratic side but this will mean little given that he comes from the neighboring state and other New Englanders generally do well in New Hampshire. But this primary is just another small step in the long race for the nomination and then the presidency.

The early primaries have also made it clear that this election is more about mood than it is about issues. The anger, or disillusionment, or disappointment or whatever of the population has been activated by attacks on immigrants and on Wall Street and on the Washington establishment have been more successful than attempts to provide clear policy prescriptions and analyses of issues. That more emotional and less substantive style of campaigning is likely to continue, at least during the primary season.

B. Guy Peters, Member of the Board of Trustees