Conflict in Catalonia: What Happened on Sunday? 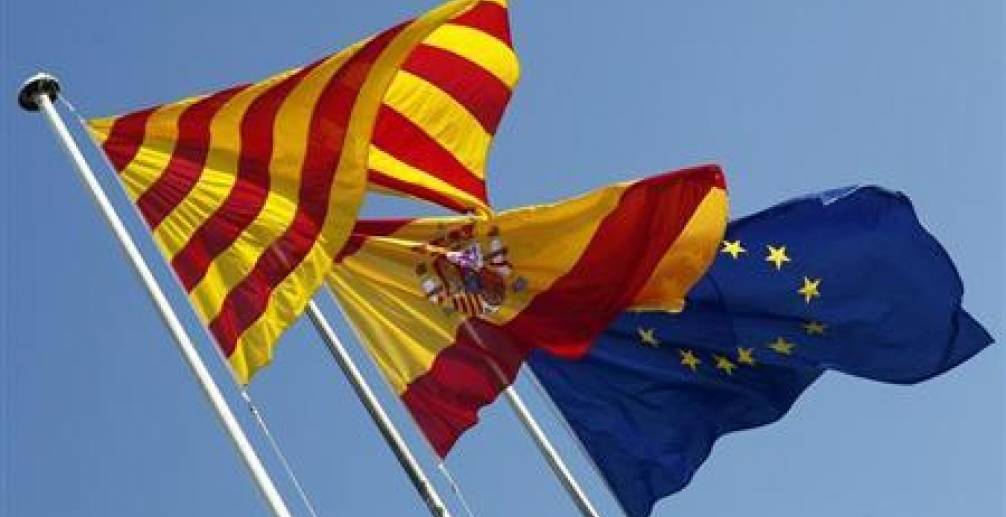 For months, even years, nationalist parties in the Government of Catalonia have been trying to prove three key political statements: first, that the independence of their territory is not only a legitimate political objective, but even an "imprescriptible and inalienable" right that would assist Catalonia as a nation; second, that the overwhelming majority of the Catalans fervently desired independence, and were ready to go as far as it was required to achieve it; and the third, that only the intolerance and authoritarianism of the Spanish State interposed in its attainment.

The first of these claims has not ceased to clash with the indifference, if not the open hostility, of those who are supposed to give Catalonia the warmest welcome to the international community. If a week ago 400 experts in International Law argued that Catalonia’s supposed right of self-determination was overly satisfied with the possibility –which its citizens have been enjoying for four decades now– to be politically involved, to participate in democratic elections and to engage themselves in self-government, without Catalonia being qualified in any way as a "people subject to colonial domination or other forms of foreign domination or occupation"; a few days before 240 professors of Constitutional Law maintained that the Spanish Constitution did not allow an autonomous community to hold a referendum without the consent of the central government, and even much less so if the purpose of the referendum was to break the Spanish territorial integrity and its calling had been made in violation of parliamentary procedure and substantive law. And between one demonstration and another, virtually every world leader with some degree of public standing had been reaffirming his or her support for the territorial integrity and internal stability of Spain, while the various EU institutions reiterated that Catalonia's independence would draw the new state outside the European Union, probably for decades.

Faced with this disheartening panorama, the two million-plus votes (90% of all votes cast) in favor of Catalonia's independence harvested last Sunday on the occasion of the illegal referendum promoted by the Catalan government seem to have at least reinforced the idea that independence is desired by the vast majority of Catalans; while the more than 800 people left wounded by the action of the central government's police forces would amount to an equally resounding testimony to the harsh repression unleashed by Madrid.

The problem is that both these figures are totally lacking in reliability and, consequently, should not be taken more than as a stand before the local, national and international public opinion by the Government of Catalonia, or straightforwardly as an act of raw propaganda.

As far as the latter is concerned, independent media have been so far unable to check whether this figure, provided by the Catalan government, is true or widely exaggerated. But for the time being, a growing number of testimonies prove that there was a well-organized and widely extended network of provocations by nationalists and antifascist groups which the police was barely able to contain, as well as a widely extended intoxication campaign which did not hesitate to use images from other times and places to illustrate vicious police repression against peaceful voters.

But more importantly, the official figures regarding voter turnout and support for independence last Sunday lack even the slightest credibility. In the first place, because they stem from a consultation in which the opponents of independence chose not to participate. That the pro-independence option obtained more than 90% of the votes cast does not match at all nor with the trends revealed by recent opinion polls -that systematically have been showing a decrease in the support to this position-, nor with the results harvested in previous regional elections, in which independentism never reached beyond the 50% of the votes barrier.

They lack reliability, secondly, because they come from a consultation carried out without any legal guarantee. If the Referendum Law passed by the Catalan Legislature itself lacked most such guarantees –among them, the possibility of bringing to the Courts any irregularities detected– we should add to those the irregularities promoted by the Catalan government itself –which dissolved the Electoral Board days before the voting, took over preparations in its own hands, changed the voting system two hours before voting was due to begin, and was not able to guarantee the privacy of the vote–, those derived from the action of the police forces, those made possible by the absence of real international observers, and those carried out by pro-independence voters themselves, since cases of people voting several times, or doing so without control or identification, or even without being Catalan citizens, were detected.

And it lacks reliability, thirdly, because it derives from a count carried out without guarantees, in total secrecy, by an still unknown method and by non revealed officials, whose first results took more than four hours to be published, and in which the overall sum of votes in favor, against, blank and null add up to ... 100.88% of the votes cast.

With all this in mind, to reaffirm the rule of law, to ask Catalan authorities to return to the constitutional framework and, of course, to demand the responsibilities of all kinds that are necessary, is the only way forward for a State that still to believes in itself.

What Will Happen Now?

Nationalist parties in Catalonia achieved last Sunday their declared goal of mobilizing the people to vote and assuring an overwhelming support for their secessionist push. And on top of that, they were lucky enough to achieve –with the irreplaceable help of a media thirsty for sensationalism– their undeclared, but equally desired goal, of showing the Spanish state as an insensible and oppressive machine, ready to suppress by force the legitimate ambitions of Catalan citizens. To put it in the simplest possible way, they got "el voto y la foto” (“the vote and the photo”). And, as a consequence, a democratic excuse to unilaterally proclaim independence, and a certain increase of sympathy for its cause. If we add to this the fact that the Catalan Referendum Act passed earlier in September established in the most straightforward manner the need to consummate the independence of Catalonia if the affirmative votes exceeded the negative, everything suggests that President Puigdemont should show up in St. James Square’s balcony to proclaim the independence of the Catalan Republic any time throughout this week .

However, I am not convinced that it will be the case.

First, because the Catalan Government knows very well how inflated the official turnout figures and the number of votes cast in favor of independence –officially slightly over two million–, have been. In fact they are the only ones to know, since the vote counting process was carried out by the Catalan Government in total secrecy, without independent control, nor international supervision, nor have they been subject to judicial review. Considering their well-proven tendency to shamelessly exaggerate the number of participants in their street demonstrations, it is not at all unlikely that the total number of pro-independence votes, which was officially declared to be lower than in the illegal but tolerated 2014 referendum, was in fact much lower than declared. Which, by the way, would very well match with the sustained decrease in the support for independence that all opinion polls have been showing recently.

Second, because already on several occasions over the last few days Catalan President Puigdemont has shown his willingness to resume negotiations with Madrid, interpreting the result of the referendum only as an accolade to the right of the Catalans to self-government. In fact, he already missed the perfect occasion to unilaterally declare independence when on Sunday evening, as the electoral results were known, he spoke to frantic audience in Catalunya Square. Or Tuesday, when according to the Catalan Law Parliament should be meeting to solemnly acknowledge the people’s mandate.

But above all, because President Puigdemont –who, by the way, has never been popularly elected himself– has been able to verify the strength of the Spanish state and its resolution in order to prevent a declaration of independence and its factual implementation. While most observers have mostly been focused on the growing cohesion and radicalization of the nationalist camp, attention should be paid to the fact that also the State is in a much stronger position now than even before. On the one hand, the government has been able to secure the support of the Constitutionalist forces (Partido Popular, Ciudadanos and, reluctantly, also the PSOE), and has lost the fear of using Article 155 of the Constitution which would allow to partially suspend Catalonia's self-governing institutions during the time needed to redress the situation, a measure now openly demanded by Ciudadanos. On the other hand, it has strengthened its operational capacity in Catalonia with the massive deployment of police forces. And even most importantly, it has managed to raise a current of sympathy for a much firmer stance against separatism clearly perceived in all corners of Spain, and also shared by many Catalans as well.

A fact which in the present circumstances should not be underestimated. While the capacity of nationalist parties to mobilize people is well known, a new factor in Catalan politics has emerged in the last weeks when after decades being silenced and remaining in a more than discrete position, Catalans opposed to nationalism have started to mobilize and become more vocal than ever, thus opening the space to a more divided, equilibrated and uncertain scenario.

Finally, it is beyond any doubt that the Government of Spain –and its Parliament, and its Courts, as well– who has been denying the legality of the referendum from day one, will not validate those results, nor recognize the independence of Catalonia, nor will remain static in the event that it were declared. And the same position would be assumed by other European governments. Once the commotion caused by the disturbances that occurred Sunday in the streets of Barcelona –which certainly provided an important oxygen balloon for the independence cause–, fades away, European leaders will note the fact that independence is still far from being supported by a majority of Catalans, will foresee the consequences for them and for the European project of a breakup of a major EU partner, and will reaffirm their support for the territorial integrity of Spain.

So, the safest option is to predict that Catalan authorities will try to buy time once again, and keep on making advances in their agenda, starting yet another round of negotiations from a position of strength. The problem is that the other player in the game knows all too well the cards they are holding. And is tired of so much gambling.

Prof. Carlos Flores Juberias, Member of the Board of Trustees